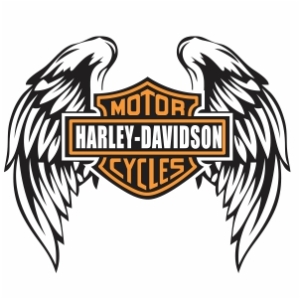 The family requests those attending Craig's service wear purple or Harley-Davidson shirts, in his honor.

Craig Allen Dinkel, aged 58, was born on September 25, 1963, in Omaha, Nebraska and passed away in his home in Temple, Texas surrounded by family. He was the 3rd and youngest child born to Bill and Bea Dinkel.

Craig attended Sidney High School in Nebraska, graduating in 1982 and furthered his education at Laramie Community College in Laramie, WY studying auto and diesel mechanics. He had a reputation of being a first-rate mechanic and could fix about anything. Craig was a Ford Mechanic in Chadron and Alliance, Nebraska for several years and then worked for BNSF for 25 years before his health forced him into early retirement in April 2022. He dearly loved his 4 cats, and they were a comfort to him as the cancer was taking over his body. Craig married Joann Cheeney on October 14, 1995, and she was his dedicated caregiver right up to the end.

Craig was preceded in death by his grandparents, Vern and Idona Dinkel, and Roy and Lucille Kyser; brother-in-law, Dexter Smith; and his beloved Harley Davidson.

Survivors include his loving wife, Joann of Temple, TX; his 4 children, Jonathon Dinkel (Sarah) of North Platte, NE, Justin Dinkel (Kim) of Big Springs, NE, Kaylee Dinkel, of Corpus Christi, TX, and Dylan Dinkel, of Temecula, CA. Craig was very proud of his children and their accomplishments. Other survivors include his parents, Bill and Bea Dinkel of North Platte, NE; sisters, DewAnn Smith of Sidney, NE, and Karen Jerde (Stephan) of Westville, IN; father and mother-in-law, Myron and Elmira Cheeney of Moody, TX; sister-in-law, Angie Alcozer (Gilbert) of Temple, TX; three grandchildren, Trevor, Kanoa, and Ivana; and many nieces, nephews, aunts, uncles, and cousins. He had two special coworkers, Tim Davis, and Max Maddox; and longtime best friend from school days, Bob Buttle. Craig had many friends throughout Nebraska, Montana, and Texas. A special shout out to Kindred Hospice and his nurse, Rachel.

Memorials can be made to Platte Valley Bank in Nebraska under Craig and Joann Dinkel, or you can donate to the Cancer Research Institute for Head and Neck Cancer.

A memorial service in his honor will be held at 4 pm Tuesday, August 2, 2022 at Harper-Talasek Funeral Home in Belton.

To send flowers to the family or plant a tree in memory of Craig Dinkel, please visit our floral store.

A Memorial Tree was planted for Craig