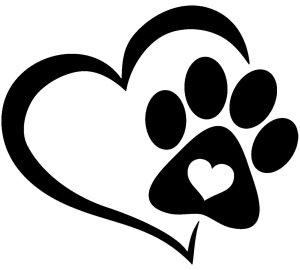 Mrs. Frances Victoria Harold was born on October 17, 1955 in Topeka, Kansas to William LaVon Harold Jr. and Betty Jean Criswell Harold.  She was the fourth child of seven children.  She attended Topeka Public Schools where she was a scholar, cheerleader and served on the drill team at Topeka High School.  Frances achieved many academic awards.  She attended Washburn University and obtained her nursing degree.  Frances was known for her kind heart and unselfish thoughts.  She accepted Christ at a young age, being baptized at True Vine Missionary Baptist Church. She served in the church until she was deployed. Frances loved animals, especially Rottweiler’s, currently leaving Blaze and two Shih Tzu’s Bandit and Bali.

Frances enlisted in the Kansas National Guard in February 1974 as Finance Specialist Clerk. In 1981 she transferred to the United States Army Reserve serving as a Finance Management Administrator, attaining the rank of Sergeant First Class. In 1987 after completing college, she obtained a Direct Commission as a Second Lieutenant, in the United States Army Nurse Corps. She served with active-duty units in Louisiana and Europe, participating in North Atlantic Treaty Organization (NATO) exercises culminating with a Combat deployment to the Persian Gulf in 1990 for Operation Desert Shield/ Desert Storm. She joined the inactive reserve in 1995, retiring at the rank of Captain.

Frances married Reynaldo Caraballo on December 23, 1989.  The couple was stationed in various states and made their home in Belton, Texas where Frances went to meet the Lord.  Frances had one biological child, Tamara (Corey) Carter and one stepson, Ricky Caraballo. She is preceded in death by her parents, William and Betty Harold, two brothers Calvin James Harold, and Ronnie Gunnels.

To send flowers to the family or plant a tree in memory of Frances Victoria (Harold) Caraballo, please visit our floral store.


Video is available for this event