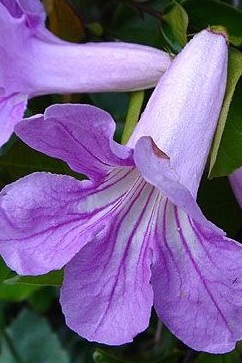 Gloria “Ann” Hicks passed away at her home on Tuesday, May 4, 2021. Visitation will be held Thursday, May 6 from 5 to 7 pm at Harper-Talasek Funeral Home in Belton. The burial will be the following morning, Friday, May 7, 2021 at Rest Haven Cemetery at 10 am followed by a memorial service at Trinity Full Gospel Church in Belton where Ann had been a member since 1957. Rev. Rick Lasly will conduct the service.

Ann was born to Lloyd Benjamin Thomison and Helen Irene (Burtchell) Thomison at King’s Daughters Hospital in Temple, Texas on November 3, 1941. She graduated from Belton High School in 1960. Upon graduation, she went to work at the old Scott & White on Avenue G in Temple; she also worked at the new Scott & White at a later date. In 1968, Ann went to work for the mental health center first located in the basement of the Bell County Courthouse Annex. The center later moved to Temple (the Hawn Hotel), and then to the old King’s Daughters Hospital. The Center was later named Central Counties Services. She retired on January 4, 2016, after forty-seven years of employment to care for her ailing mother. Ann married Ray Hicks of Farner, TN on April 20, 1990 and they spent the next thirty-one years faithfully serving God and cherishing each other.

Ann believed that spreading the good news of Jesus was the most important thing she could do while on this earth. For many years she gave charms, hand-painted rocks and other gifts to everyone she came in contact with. Ann lived her life by following the principle of JOY – Jesus first, Others second, Yourself last.

Ann was preceded in death by her parents, grandparents, her infant brother (Michael) and her granddaughter (Nicole Panther).

Ann was lovingly attended during her last months by the amazing staff of Amedisys Hospice; especially LaKristal, Marilyn, Lisa and Gary.

Memorials or donations can be made to Trinity Full Gospel Church, 810 E. 2nd Avenue, Belton or to The Sunday Gathering Radio Broadcast on 1400 KTEM in care of Rick Smith 4410 S. General Bruce Drive Temple, TX 76502.

To send flowers to the family or plant a tree in memory of Gloria "Ann" (Thomison) Hicks, please visit our floral store.