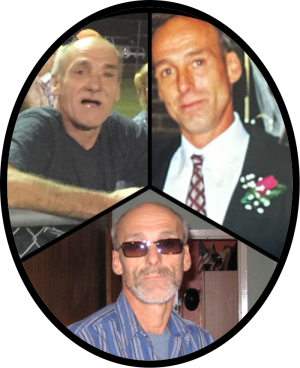 John David Woljevach, known to friends as “Crazy John”, passed away on December 10, 2020 at the age of 65. Even in his last moments he was enjoying some of his favorite things; watching TV, eating his snacks, and scratching lotto tickets.  A time of visitation with the family will be held from 4-6 pm Friday, December 18, 2020, at Harper-Talasek Funeral Home in Belton; 503 N. Main Street.

John was born September 21, 1955 in Bedford, Ohio to John Z. and Ethel M. Woljevach. John moved from Ohio where he eventually settled in Belton, Texas to work as a plumber until his final days.

He was a selfless man and a soft soul who refused to eat fish because they were too beautiful to kill. He also had an uncanny ability to be very hardheaded, all of the time.  John also had an amazing ability to remember dates. He never missed a birthday or an anniversary.  Everyone received a card that was handpicked for them filled with cash. His grandchildren were always excited because if you asked them, “Grandpa gives the BEST gifts”. He was the keeper of all of our important dates, and of course, he didn’t write any of them down. John loved to laugh and tell a good joke. He always referred to his ONLY child as his “favorite son” and his sister’s cat and dog as his “niece and nephew”.

John was preceded in death by his parents, John and Ethel Woljevach, and his brother Jimmy Woljevach; all of whom he missed terribly.

To send flowers to the family or plant a tree in memory of John David "Crazy John" Woljevach, please visit our floral store.