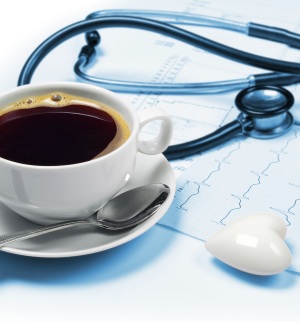 Merlon Lee “Monty” Montgomery Jr. of Belton, Texas passed away in the early morning hours of Friday, January 22, 2021 at the age of 78.  After several months of declining health, Monty passed away peacefully with his family by his side.

Monty was born in Gorman, Texas on January 13, 1943 to Merlon Lee and Flossie Evelyn Montgomery.  He grew up in Breckenridge, Texas.  He learned to love coffee when he was young by going with Granddaddy Lamb to the coffee shop each morning.  He played football for a short time for Emory Ballard until he became ill with hepatitis.  He worked at Stephens Memorial Hospital all through high school where he was encouraged by his Grandma Lamb and others to pursue a nursing career. He graduated from Breckenridge High School in 1962.  He served a short time in the US Air Force through February 1963.  He then attended San Angelo State University and then Saint Joseph Hospital School of Nursing where he received his Nursing degree in 1966.  He also enrolled in the Army to serve his country until January 1973.  He later went on to earn a Bachelor of Science in Health Professions degree from Southwest Texas State University in 1978.  He was a Registered Nurse (RN) at the Central Texas Veterans Health Care Systems / VA Hospital in Temple, Texas for 32 years until he retired in January 2003.

Monty came from a family of avid coffee drinkers.  Earlier in his retirement, you could find him in the mornings at various bible studies or coffee groups and one thing is for sure – he would always have a coffee cup in his hand.  More recently, you could find him at Shipley’s Donut Shop on 6th Street in Belton for his coffee, donuts, and kolaches.  He had his personal coffee cup there behind the counter and they knew how to make it just the way he liked it.

Monty loved football - especially the Dallas Cowboys.  He used to watch the games with his Grandma Lamb and continued the tradition of watching with his sister, brother, sons, grandsons, and other family members.  Over the years, Monty tried to never miss a sporting event involving any family members.

Monty was born to be a Paw Paw.  He spent countless hours with his grandkids – fishing at various creeks, feeding ducks at Yettie Polk Park, driving out to Lois & Jerry’s in Bartlett for a bite to eat, visiting various attractions to teach them about history, or simply driving all over the back roads of Bell County.

Monty never met a stranger and he will be missed by all who knew him.  He was a member of First Baptist Church in Belton.

Memorial donations can be made to First Baptist Belton Kids Ministries and/or Vacation Bible School.

His funeral service will be held at First Baptist Church in Belton, Texas on Saturday, January 30, 2021 at 11 a.m.

To send flowers to the family or plant a tree in memory of Merlon Lee "Monty" Montgomery, Jr., please visit our floral store.