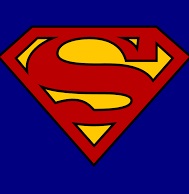 Timothy “Tim” Edward McClain, age 53 of Belton, passed away Friday, September 3, 2021 at home with his parents at his side. Tim fought a very long battle with cancer till the last breath. The family will have a private memorial at a later date.

Timothy was born in Springfield, Ohio to George McClain and Carolyn Shoffner on May 20, 1968. He grew up all over the world, as his father served in the U.S. Army. Tim was a chef/cook for 17 years in a seafood restaurant in Ohio and later worked in various restaurants. Tim loved to do word search puzzles, travel, and he was an outgoing person. He always had a smile for everyone, he didn’t know a stranger. He was of Pentecostal faith. Tim was the father of twins, Nicholas and Nicole.

Tim was preceded in death by his grandparents, George and Mary McClain, and Lester Wells.

To send flowers to the family or plant a tree in memory of Timothy "Tim" Edward McClain, please visit our floral store.

A Memorial Tree was planted for Timothy "Tim"