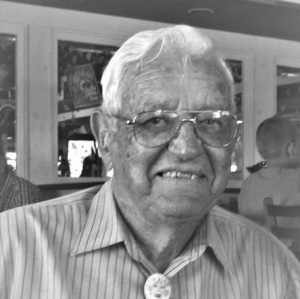 Lt. Col. William A. (Bill) Henderson, USAF Ret, died in Round Rock, Texas, on September 26, 2021, at the age of 97. Services will be held Friday, October 1, 2021, with a visitation starting at 10 am and a service held at 11 am at Harper-Talasek Funeral Home in Belton. Burial will be at Wilson Valley Cemetery in Little River, Texas.

He was born near Belton, Texas (Three Forks) on June 6, 1924. Shortly after his 18th birthday in 1942, he enlisted in the Army Air Corps. In 1943, he earned his gunner’s wings in B-17s at Kingman, Arizona, and in early 1944 he earned his bombardier’s wings at Deming, New Mexico, Class 44-7. As a 2nd Lieutenant at age 19, he trained in B-24s at Tonopah, Nevada. He was sent to the China Burma India (CBI) Theater in September 1944. Prior to reaching his 21st birthday, his crew destroyed the wooden Bridge on the River Kawai. The plane was badly damaged at the target and crashed on a beach in Burma/Myanmar, and the crew was rescued by British forces. Bill helped to save the life of the plane’s co-pilot, Brad Hamlett, by tying a tourniquet around Brad’s wounded leg. He returned to the United States in October 1945 on a “ship full of monkeys” and was separated from the Army Air Corps in February 1946. Bill was recalled during the Korean Conflict where he earned a triple rating as a Radar Operator, Navigator, and Bombardier in 1952. As a master navigator, he had 3,000 hours in the B-36 and 2,800 hours in the B-52. He was Bomb/Nav Chief of the 4228th Strategic Wing, Columbus AFB, Mississippi, and he served three years on the 8th AF Headquarters staff at Westover AFB, Massachusetts. He served combat tours in Southeast Asia in 1967 and again in 1970-1971. He also commanded radar bomb scoring stations in St. George, Utah, and Hastings, Nebraska. William A. Henderson was awarded the following medals for his service: the Bronze Star, Meritorious Service Medal, Air Medal, Air Force Commendation Medal, Presidential Unit Citation, Combat Readiness Medal, Good Conduct Medal, Air Force Outstanding Unit Award, Air Force Longevity Service Award Ribbon, Honorable Service Lapel Button WWII, American Campaign Medal, Asiatic-Pacific Campaign Medal, World War II Victory Medal, National Defense Service Medal, Vietnam Service Medal, Armed Forces Reserve Medal, Small Arms Expert Marksmanship Ribbon, Republic of Vietnam Campaign medal. He retired from the USAF at Barksdale, AFB, Louisiana in 1972. In the years after retiring from the USAF he worked at the Bell County Probation Office, was a farmer/rancher in Bell and Coryell Counties, and he served on a number of local boards. He was also very active in the China-Burma-India (CBI) WWII veterans organization, where he was the member of the year in 1992 and Commander of the Texas CBI Basha 1995-1996. He attended Oklahoma City University, Texas Christian University, and the University of Alabama. He also graduated from the Air Force Command and Staff College.

Memorials can be made to Pancreatic Cancer Research or a Veterans charity in lieu of flowers.

To send flowers to the family or plant a tree in memory of W.A. "Bill" Henderson, please visit our floral store.

A Memorial Tree was planted for W.A. "Bill"